There is a time in every man’s education when he arrives at the conviction that envy is ignorance; that imitation is suicide; that he must take himself for better, for worse, as his portion; that though the wide universe  is full of good, no kernel of nourishing corn can come to him but through his toil bestowed on that plot of ground which is given to him to till. The power which resides in him is new in nature, and none but he knows what that is which he can do, nor does he know until he has tried. 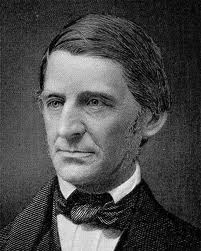 The theme strikes a chord with me perhaps because, as an introvert, I have been trying to live out its central message long before downloading the essay. The thesis is simple: society draws us to conformity and uniformity, but it is in being ourselves that we truly live. No two people are alike and it is when we dare to follow our own nature that we fulfill our true selves. As the quote suggests, it is a sign of maturity when we decide to be ourselves. This takes courage. In a world that orders us to exhibit certain personality styles in order to be considered ‘normal’, in a society that prescribes a uniform system which we must all go through in order to be classified ‘educated’, in families where children are groomed for certain professions, regardless of  natural inclination, the words of Emerson ask us to dare to be who we truly are.

It is tough to know what you can do until you have tried. And it could be tougher still to try, particularly in a challenging society like Nigeria.

Does this book align with the Christian worldview? Of course, Emerson has a kind of Pantheistic theology, which recognizes a ‘God’ but does not consider him as distinct from his creation. In Emerson’s worldview, nature is ultimate and each individual realizes himself by connecting with it. He has no place for an objective revelation, nor does he affirm the Christian view of man’s depravity. Nevertheless, he has a high view of the individual as a being with immense, if often undiscovered, potential. This is the key principle in the essay.

My thoughts are these:

We should pay attention, under the guidance of God’s revelation in the Bible, to the gifts and talents within us. Emerson has no place for revelation and obviously does not believe in the depravity of man. He sees a lot of potential in individuals but overlooks the fact that ‘man shall not live by bread alone, but by every word that proceeds from the mouth of God’ (Matt. 4:4). Man cannot simply live by instinct or ‘spontaneity’  as he calls it. Why? Because man is fallen. We know ourselves. We sense in our minds aspirations, feelings, desires which later, in consultation with our conscience, we discern to be greed, lust, revenge. And our own heart rightly condemns it. Can we then trust solely to the stirrings of this same heart?

It is true that we do not go far enough.  We very often underestimate the potential God has placed within us. By God’s help we should take risks and try hard things. We should reject a dead and chilling conformity to social conventions. We should break out of the artificial mechanism which society has designed for our education and our work. Let us go on and live. Not in sole reliance upon our own resources; not in a naïve confidence in instinct and feelings. Rather in dependence upon God as revealed in his word, let us live and declare his glory.

Community will always make its demands. A solitary person, unconnected, unrelated, does not exist. Neither was this God’s design. After making man, God placed him in community by giving him a wife. And as the initial directive implied, man is to fill the earth and subdue it. This is not a task for one person. God planned community because he knows it is the best for us. He blesses the painter with the crops of the farmer, the scientist is enriched by the songs of the musician, and they are all served by the traffic warden on the road. However, community becomes a burden when it keeps us from developing our gifts and personalities. Society becomes oppressive when it demands submission to arbitrary rules and systems which oppose God’s standards and our own natures. When this is the case, it becomes necessary to protest. A fight then becomes inevitable – a fight for our destinies.

I love to receive readers’ comments and feedback.